"And the Correct Answer Is..." 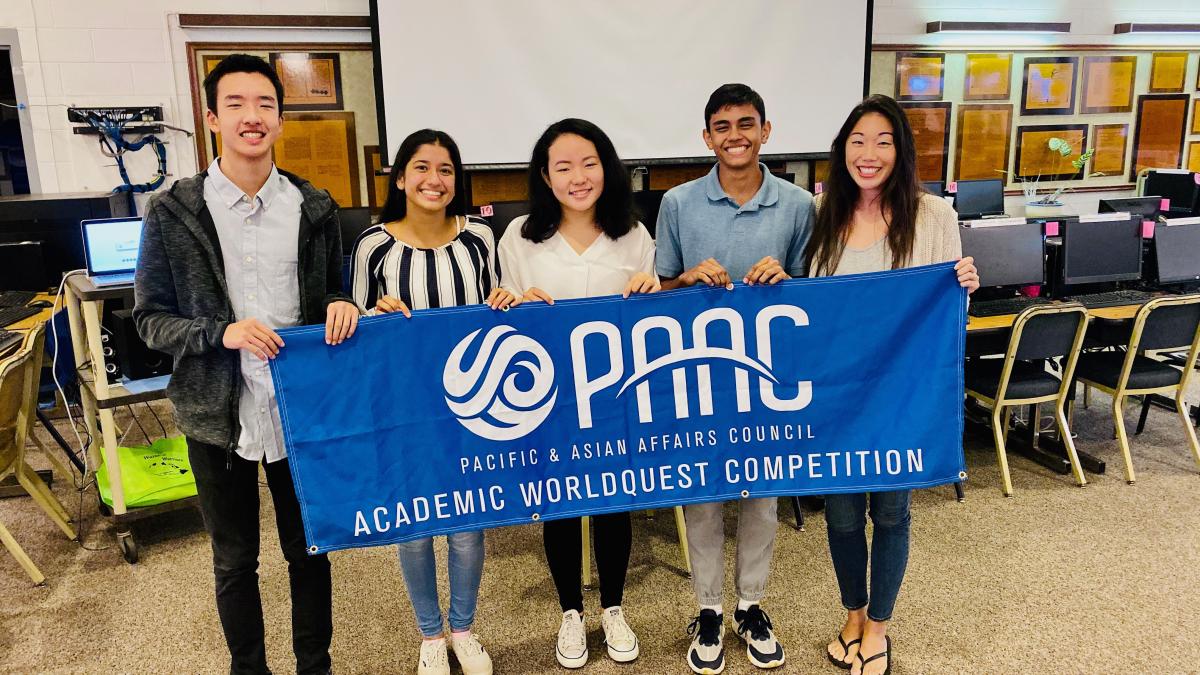 A hush falls over the crowd and 250 breaths are held, tensely waiting for emcee Ryan Mandado’s words. A blip of light as the slide changes, and chaos and uproar swallow the UH Manoa Campus Center Ballroom. Some students are dancing in the aisles celebrating while others fling themselves back into their chairs in dismay. Others simply shake their heads and mutter, “Should have studied more...” 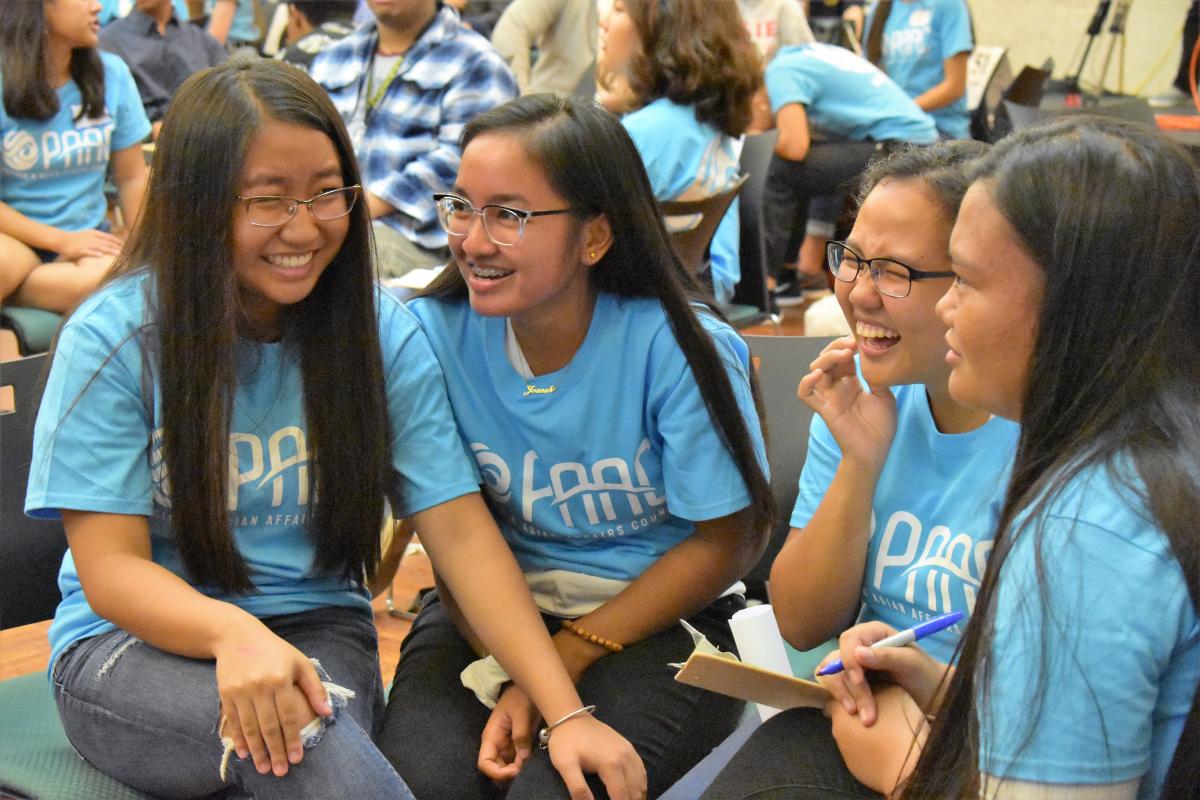 There is such palpable energy to the room that it is hard to imagine its source is an international academic trivia competition. But in its 17th year, the Academic WorldQuest Competition in Hawaiʻi has continued to grow in popularity and spur students to learn about the world around them – sometimes to animated results.

This year, 250 students from 30 schools competed at UH Manoa, Waiakea High, Kealakehe High, Maui High, and Molokaʻi High. The team that earned the Grand Prize of paid airfare and accommodations to the national competition in Washington D.C. was Waiakea High School’s Gaayatri Godbole, Haruna Tomono, Kevin Li, and Benjamin Vento (pictured above with advisor, Ms. Whitney Aragaki). The four were the 2018 champions and showed their victory was no fluke by achieving a perfect score in the first round to defend their title.

“There are few other events like this that bring so many young people together and get them so amped up about learning on a Saturday. And these are not easy questions! It’s always impressive to see the effort they put in to learn what’s going on in the world.”
~Erica Nakanishi-Stanis, Study Tour Director and WorldQuest Administrator


Mahalo to Our Competition Sponsor