Discussing Food Security in a World Filled with Food 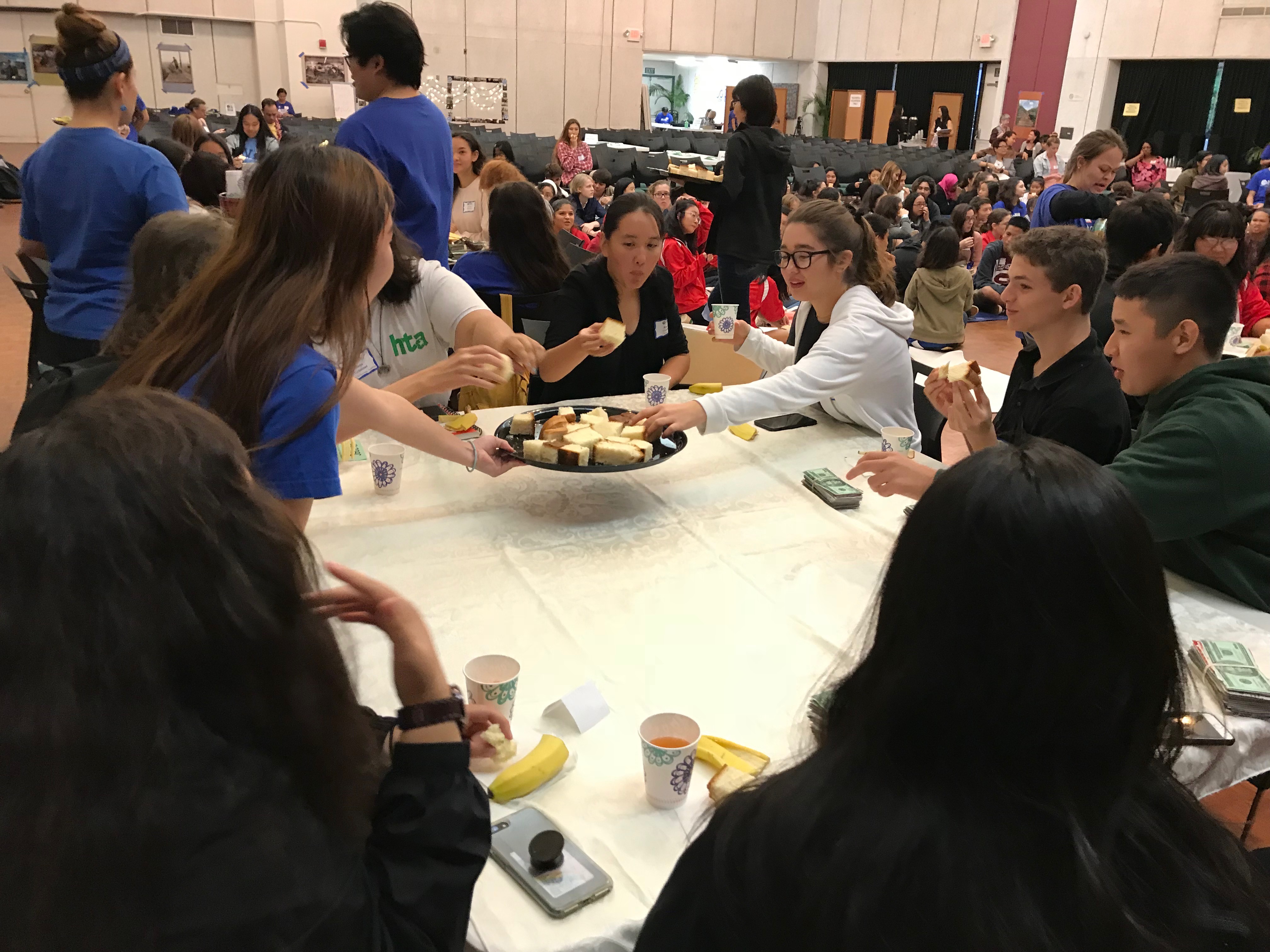 The state of Hawai‘i’s recent decision to double local food production by 2020 stressed the importance of food security and the challenges to achieving it. PAAC’s Fall 2017 Global Vision Summit, held on December 2, 2017, provided students with global and local perspectives on this important topic. Over 160 students from 25 schools from four islands attended the summit that students described as “eye-opening.”

The event began with a Hunger Banquet, a role-playing activity designed by Oxfam to illustrate the inequalities of global food security. To visually represent these inequalities, students were divided randomly into three income groups: high, medium, and low. Those in the high income group were served a nutritious buffet (pictured above), while those in the low income group were only given a single soda cracker. One student reflected, “Being able to experience it made the idea of uneven distribution [of food] so much more clear and personal.”