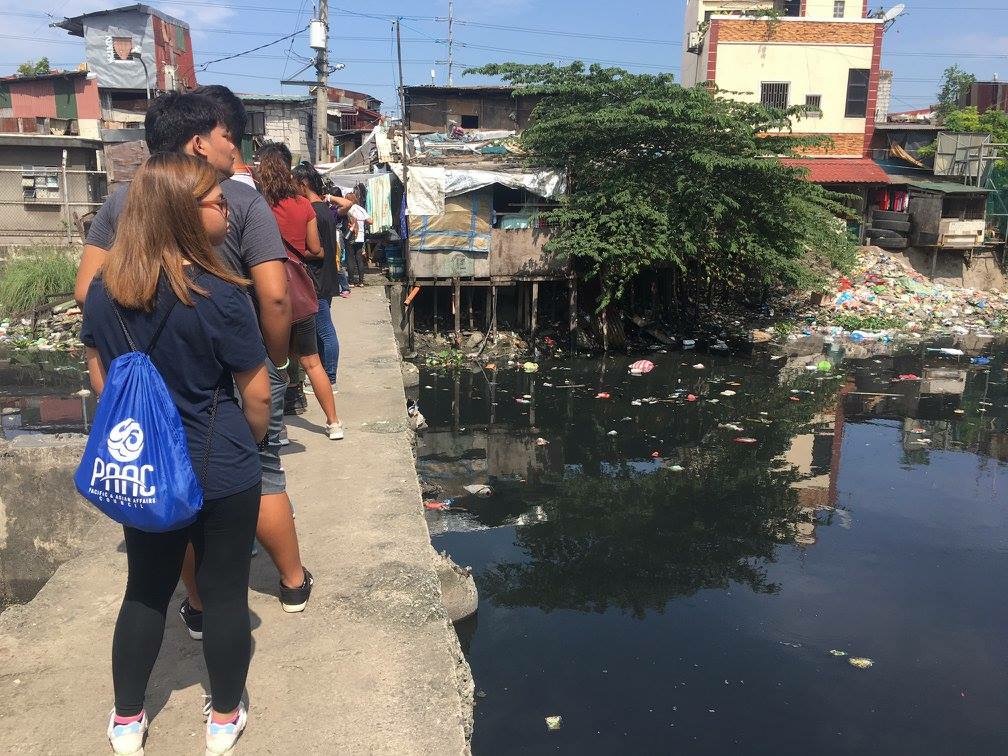 Eight students from Farrington, Mid-Pacific Institute, Mililani, Roosevelt, Wai‘anae, and Waipahu high schools set out on PAAC’s second Study Tour to the Philippines. The study tour was a whirlwind eight days that introduced students to Filipino culture and history, and dove deep into issues of inequality and poverty.

Students were confronted with the harsh realities that some of Manila’s poorest communities face when they visited Tondo and met with the Zone One Tondo Organization (ZOTO). There, they walked the neighborhoods to meet several families living in makeshift houses under bridges and on rivers, and learned about the 40 year struggle to secure housing and jobs for the urban poor. Students met youth who had grown up in Tondo and shared their concerns about school, jobs, and families.

Students volunteered at Holy Spirit Elementary School and made friends at Ateneo de Manila Junior High School and the Development Action for Women Network (DAWN). At DAWN, they learned about the struggles overseas foreign workers and their families face.

During a day trip to the Gawad Kalinga Enchanted Farm in Bulacan, students experienced different social enterprises at the world’s first “farm village university.” They learned about community-based, collective business models and toured a small portion of the 47 hectares of land used for communal farming, social business enterprises, and education.

The study tour also explored Filipino history - ancient, colonial, and modern - through visits to Intramuros (the Spanish colonial walled city), the University of Santo Tomas (the oldest university in Asia), Rizal Park, the Ayala Museum, and the U.S. Embassy, providing multiple lenses through which students could view the diverse and complex nation that is the Philippines.

See more pictures of the Study Tour in our Gallery.

Participant Reflections
“Being at ZOTO reminded me of all the privilege we have but are unaware of. At home we complain about not having the right shampoo, but here people shower in the streets with one bar of soap. We don’t realize we truly have ‘first world problems.’”

“This trip had more of an impact on me than I ever thought it would. We went over some heavy topics that really changed me as a person. Everything about this trip leads me to being a better person and making a real change. Thank you for giving me this opportunity, I will never forget it.”

“If I could tell next year’s participants anything, it would be –be ready to be vulnerable and open. Forget everything you thought you knew about the Philippines and be open.”

“They don’t teach us about Filipino struggles in school. I’ve been so uneducated on my own culture that it makes me so sad…It makes me think, what else do I not know about my own culture?”