Out of the Classroom and Into the Community 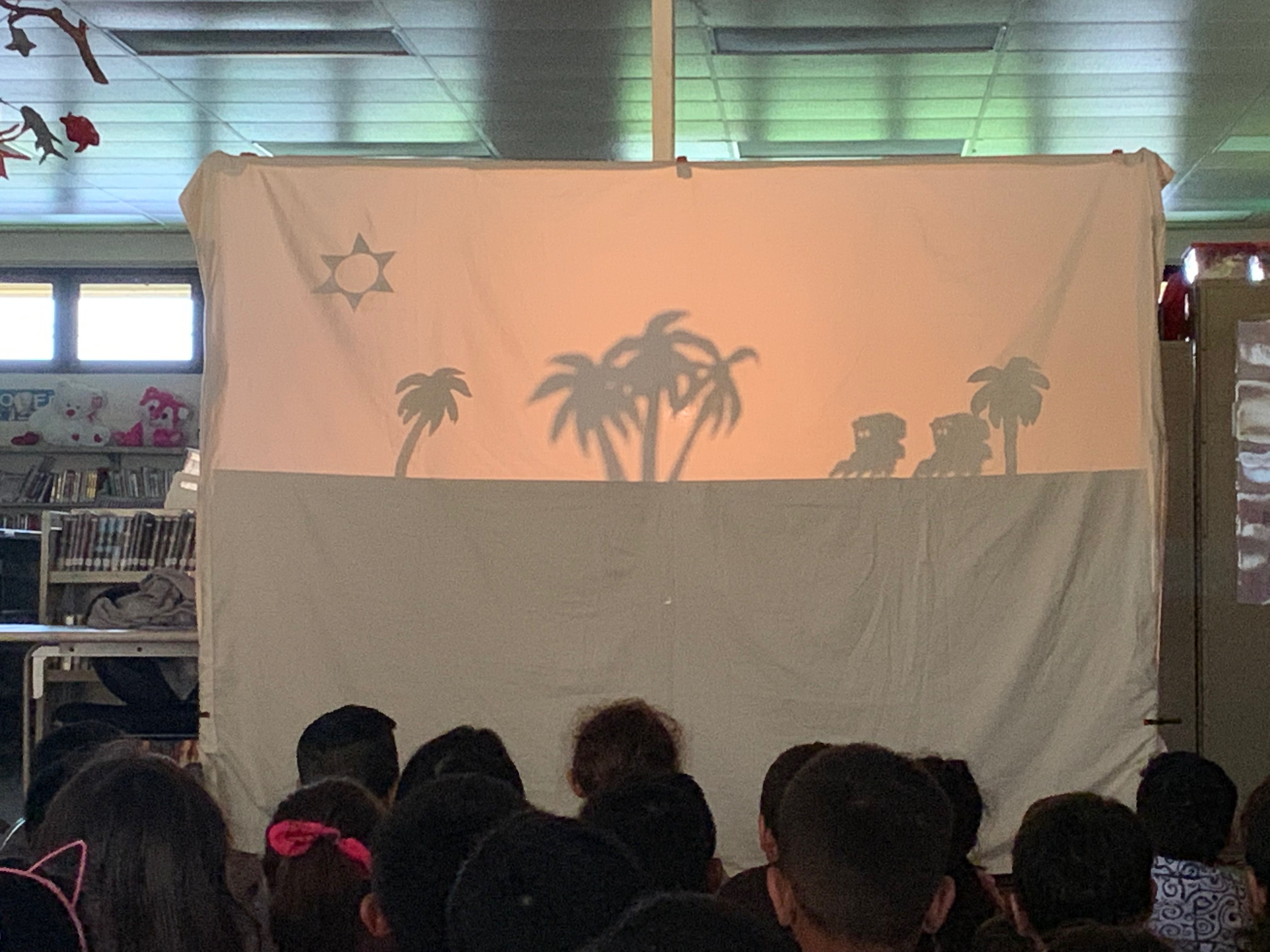 Global Action Projects are an integral part of PAAC's After School Global Studies classes. Students develop and implement a project that makes a positive impact on the local community, and also ties to global issues.

This semester, students in Waiakea High's After-School class choreographed and performed a shadow puppet show for first graders at Waiakeawaena Elementary School. Inspired by their Asian Puppetry unity, students researched top issues in Indonesia and decided to highlight the effects of deforestation through their performance. The students wrote the script, made the puppets, and even built the stage. The elementary students were very impressed and learned about an important global issue.

Their teacher, Ms. Lisa Kim, also attended PAAC and the East-West Center Arts Program Teacher Workshop on "Puppetry in the Classroom" in April. Many elements of the workshop were incorporated into the student performance.

Ms. Kim shared insight into the work put in by her students to bring this project to fruition. She described, "Some of the processes included the logistics of maneuvering the puppets, building the stage, and getting the lighting just right, and also delivering their story in a way that was understandable to 1st graders, among other obstacles to bring their goal to life. For example, the students had to create and re-create many versions of the puppets and test them out in front of the light to observe size in relation to the props and other puppets, sharpness of the outline in relation to the type of lighting used, etc. until they came to a final versions of the puppets... From the perspective of a mentor, I think the greatest outcome for the students was that by choosing to take on this project, the students exercised skills such as creativity, problem-solving, collaboration, and decision-making to confront situations that were ambiguous and experimental in nature."

Roosevelt High's Global Studies class contributed to 150-year celebration of the YWCA in Hawaii. The group volunteered and offered information to the public during the anniversary event. 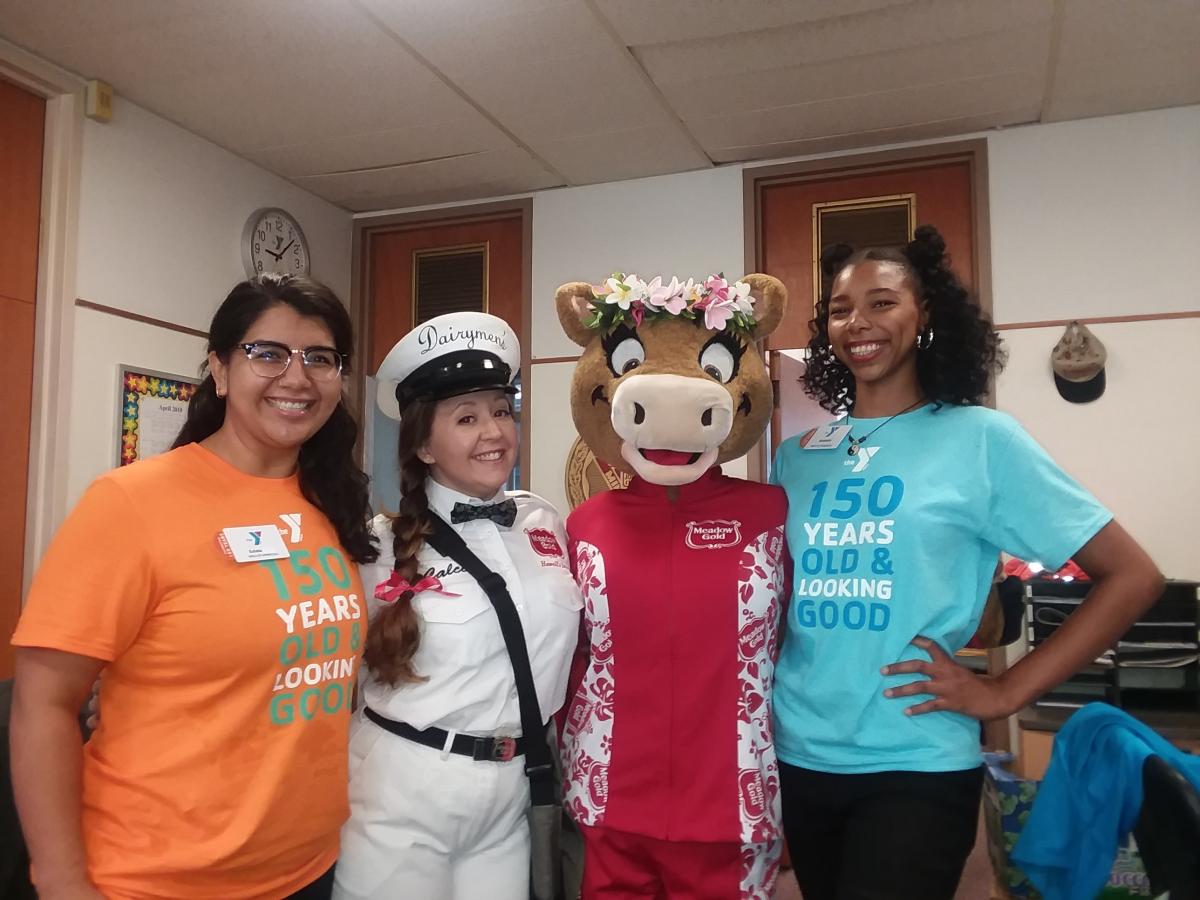 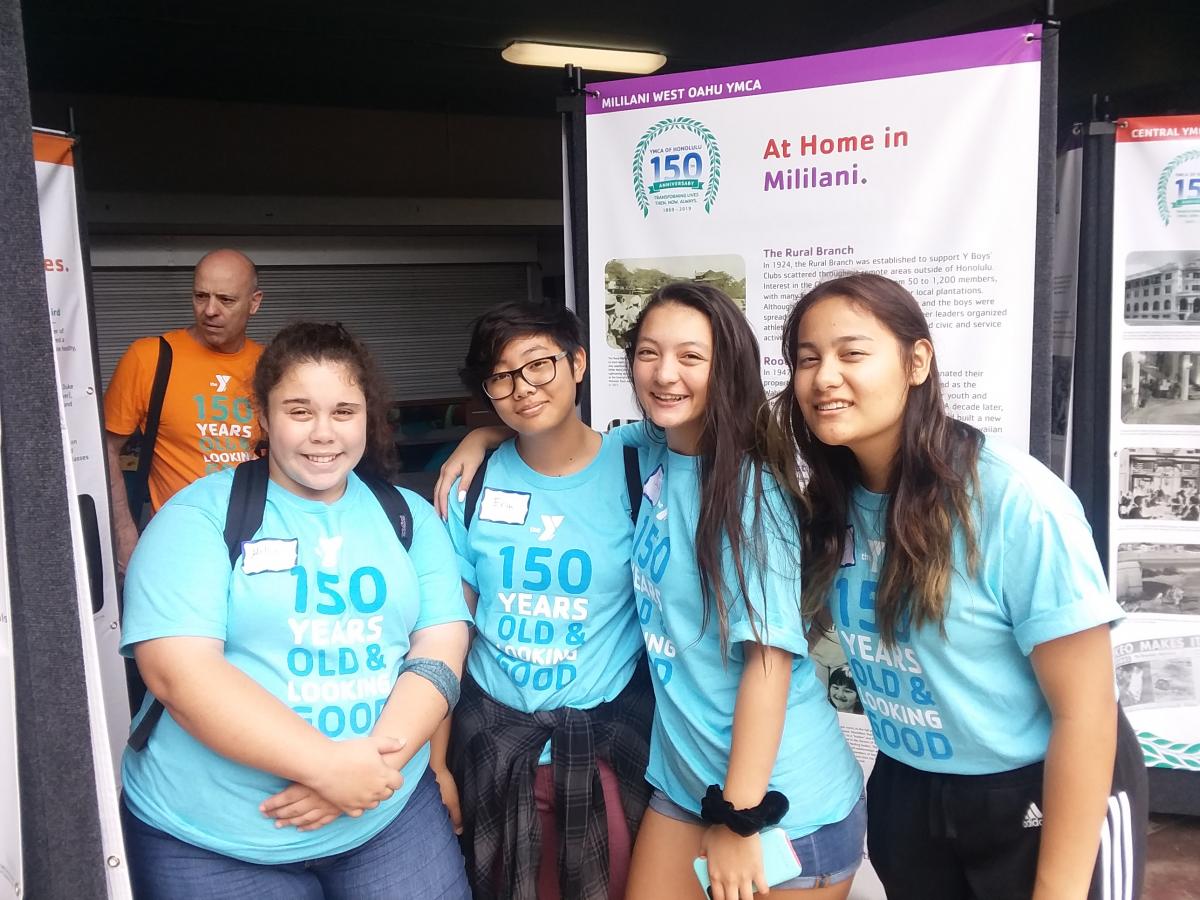 Campbell High students set up an information booth for Earth Day in April. Students disbursed information and displayed posters that they made about climate change, rising seas, and other earth issues during a lunch period. 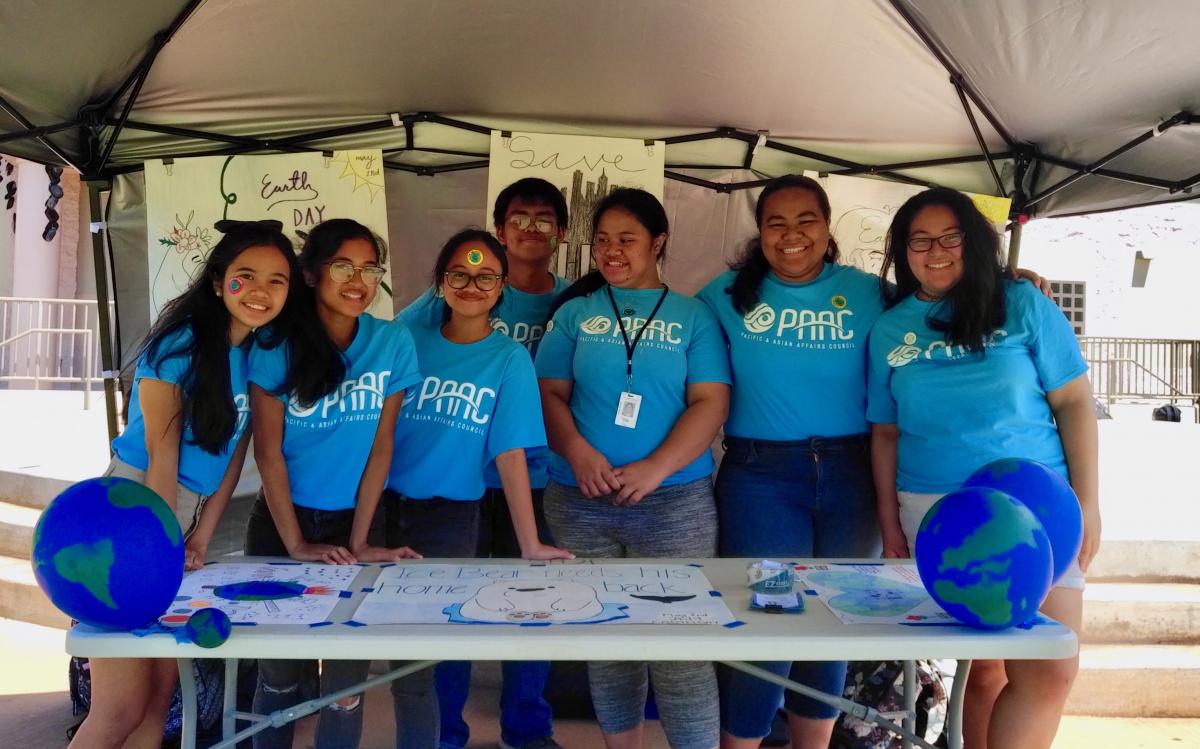