How Art Can Propel Peace: Examples from Africa

Art can be used to spur conversation, amplify concerns, and share hope for a better future.  In communities and countries facing violent conflict, artists can be powerful forces for change.

Join Elizabeth Murray, senior program officer at the United States Institute of Peace (USIP), as she discusses the role that art played in the 2019 protests against Omar al-Bashir in Sudan and how it is being used to hold the new government accountable. She will also share recent work with arts-based community dialogues in Central African Republic.

Introductory remarks about the Institute and its connections to Hawaiʻi will be offered by Allison Sturma, program officer for public education and national outreach at USIP. 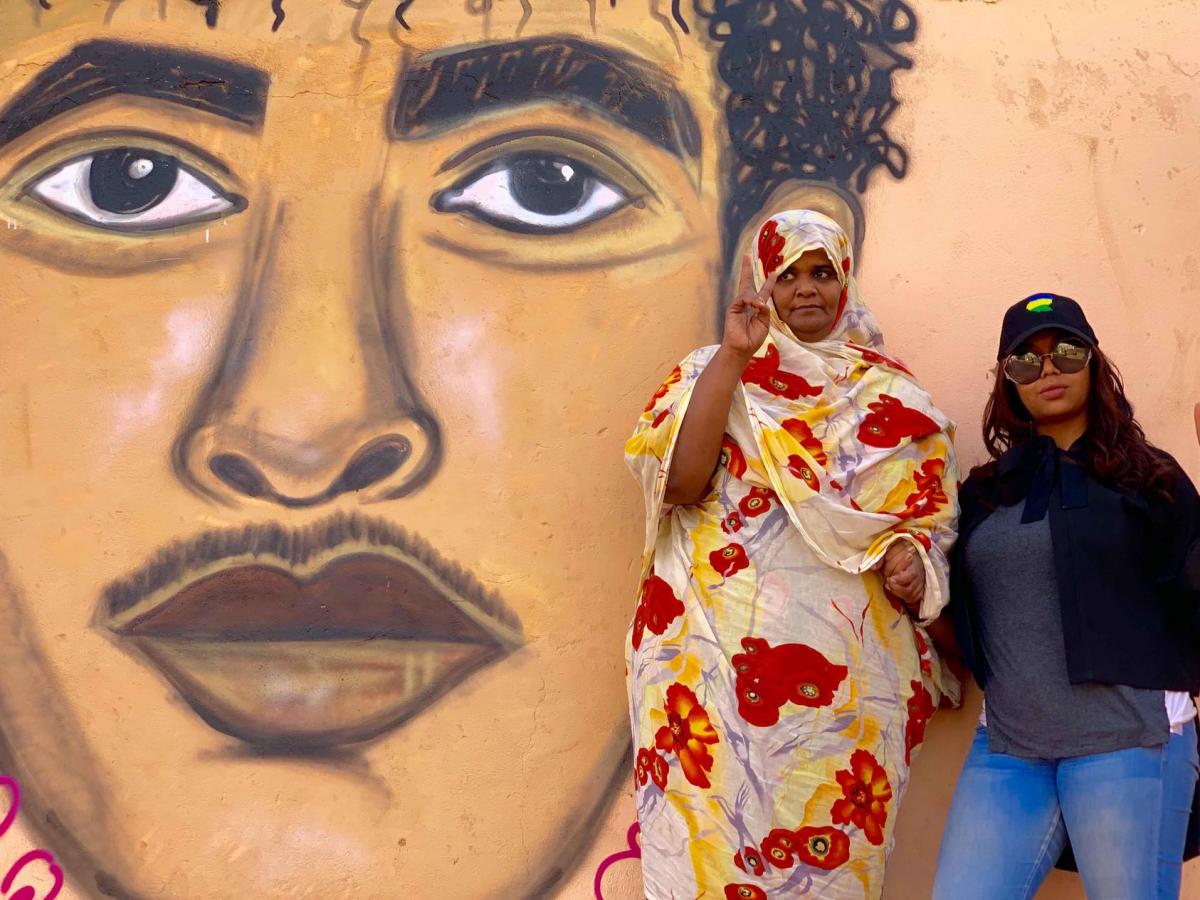 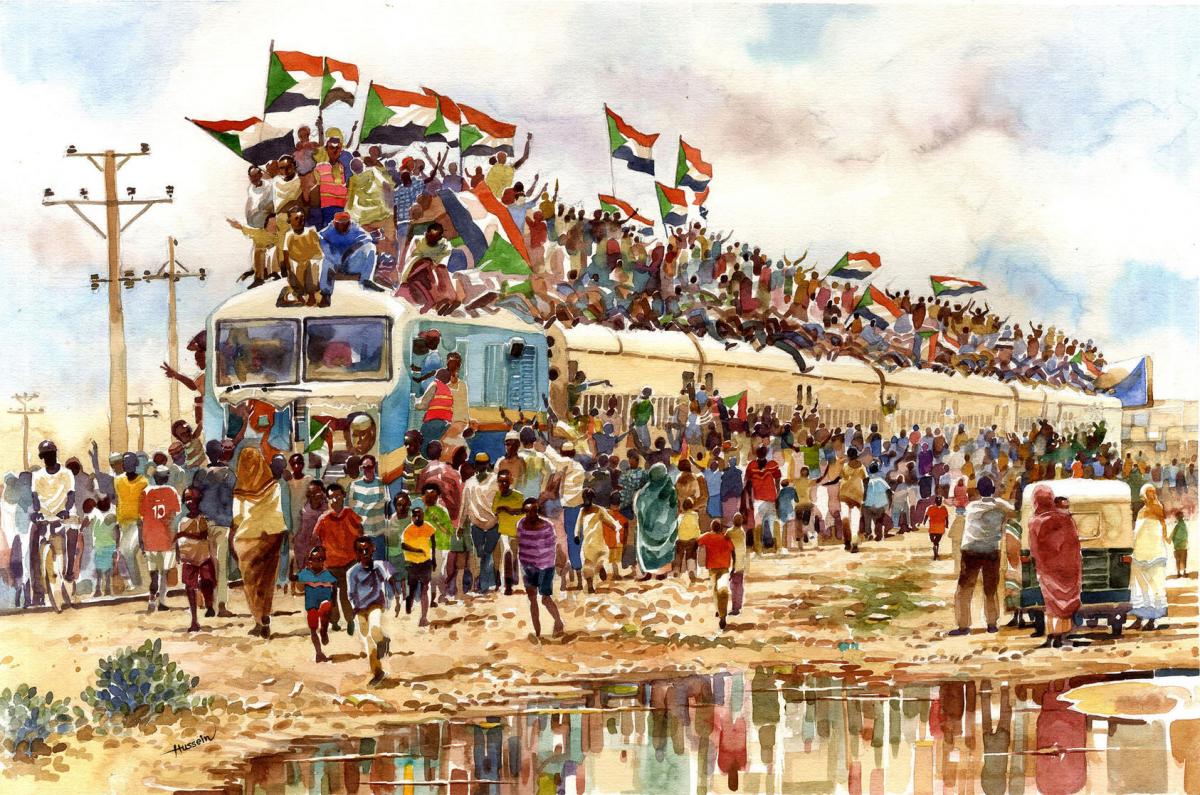 Pictured left: Assil Diab poses with Ahlam Khidr, protest leader and activist, in front of Assil’s mural of Ahlam’s son Hazaa Izzeldine Jaafar, who was killed while peacefully protesting Bashir’s regime in September 2013. Pictured right: Hussein Merghani’s watercolor of hundreds of people from Atbara traveling to join the sit-in at the military headquarters in Khartoum in April 2019. (Photo credit: USIP) 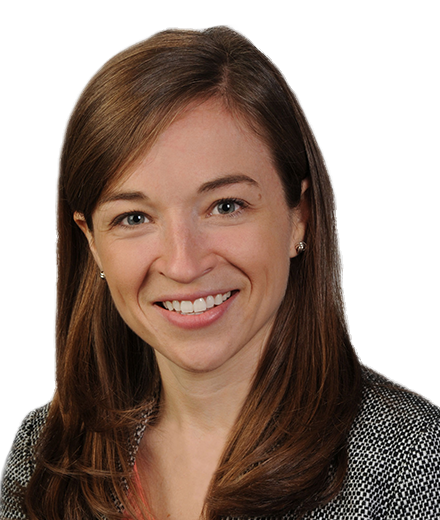 Elizabeth Murray manages USIP’s research and programming in Central African Republic and Sudan, including convening USIP’s Sudan Working Group. She also co-directs USIP’s research on national dialogues. Prior to joining USIP, she managed educational programs at the Kennedy Center and served as a Peace Corps volunteer in Costa Rica.

This program is hosted in partnership with PAAC, the United States Institute of Peace, and the World Affairs Councils of America.  This event is co-sponsored by Ceeds of Peace, East-West Center Arts Program, Pacific Forum, and the Spark M. Matsunaga Institute for Peace & Conflict Resolution.