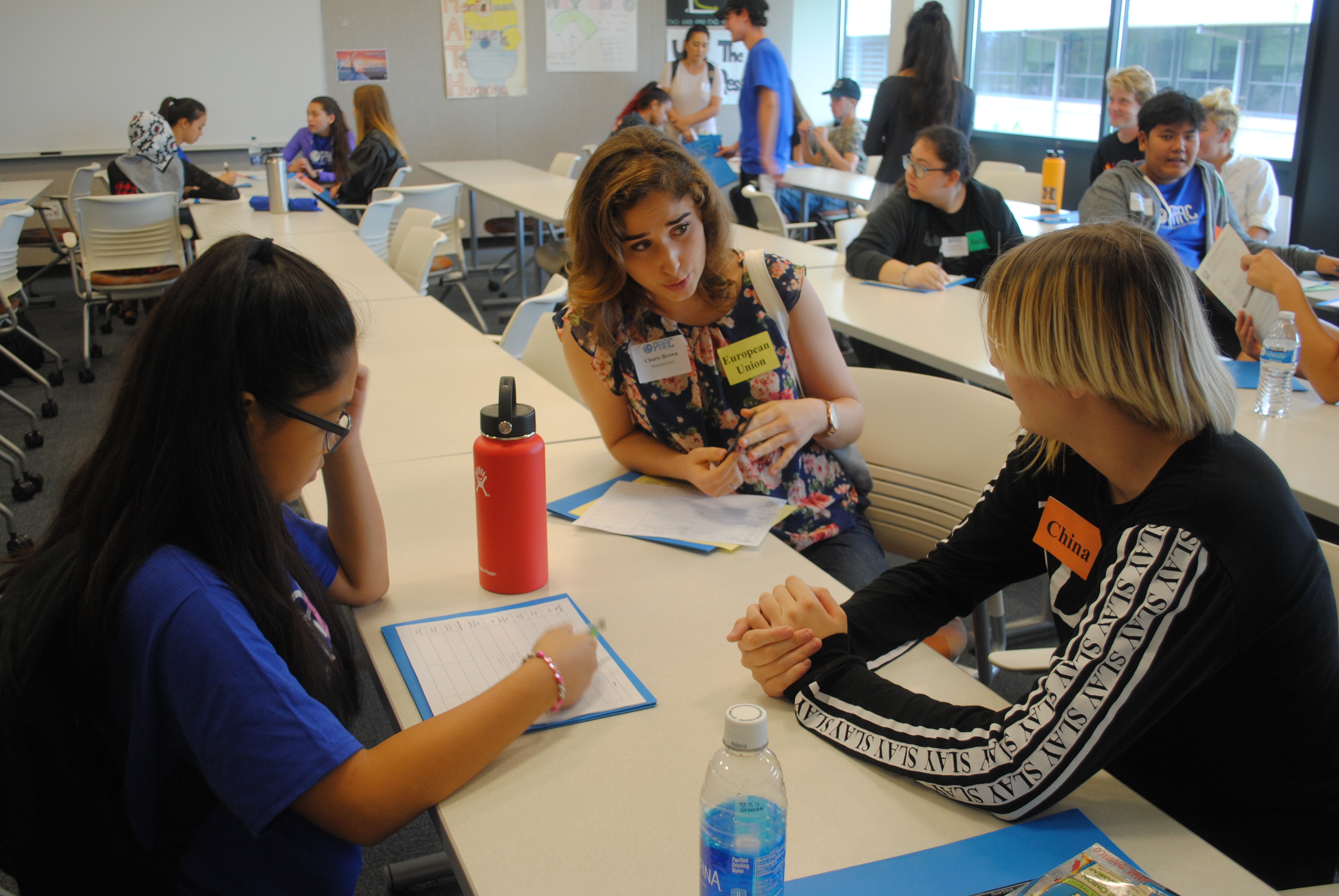 “It was unlike anything I’ve done before.” On March 3, 154 students from 25 schools roleplayed as international climate negotiators to keep global temperature increase within 2˚C in accord with the Paris Climate Agreement.

Students looked at the issue of climate change from the perspectives of various negotiating blocs, such as the United States, China, European Union, climate activists, the fossil fuel industry, and developing countries. Each bloc was guided by a community expert who helped students develop a negotiation strategy. PAAC Board Vice President, Amb. Lauren Moriarty also shared negotiation techniques and tips from her years of experience in international diplomacy. 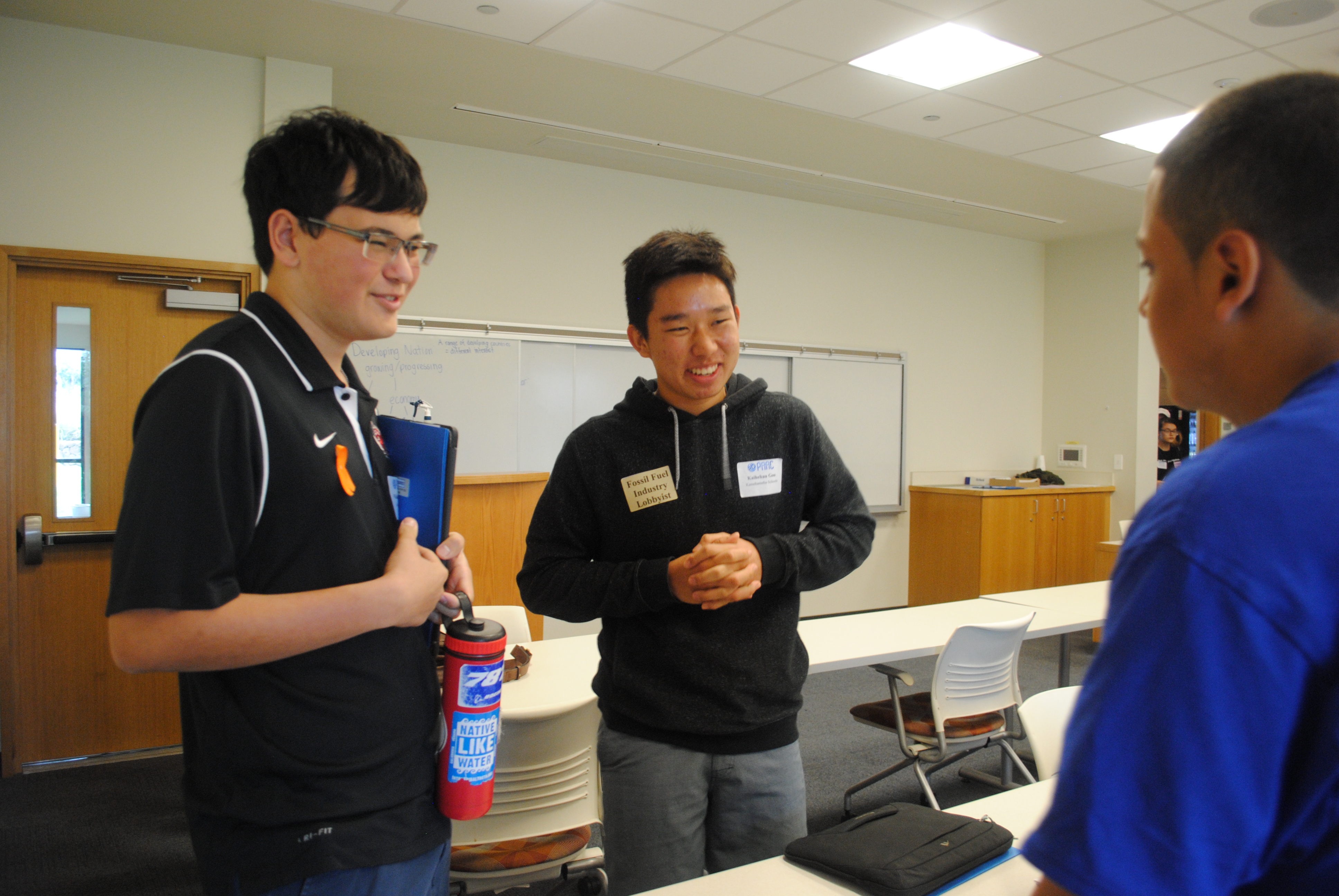 Students were able to see if their pledges reached their goal by using C-ROADS, a computer simulator used by top policy makers at the United Nations. After two rounds of negotiations, they kept global temperature rise to 2.9˚C, almost reaching the goal of the Paris Accord. The process illuminated how complex and challenging climate change negotiations are. Students also developed critical thinking, public speaking, and negotiating skills throughout the summit. 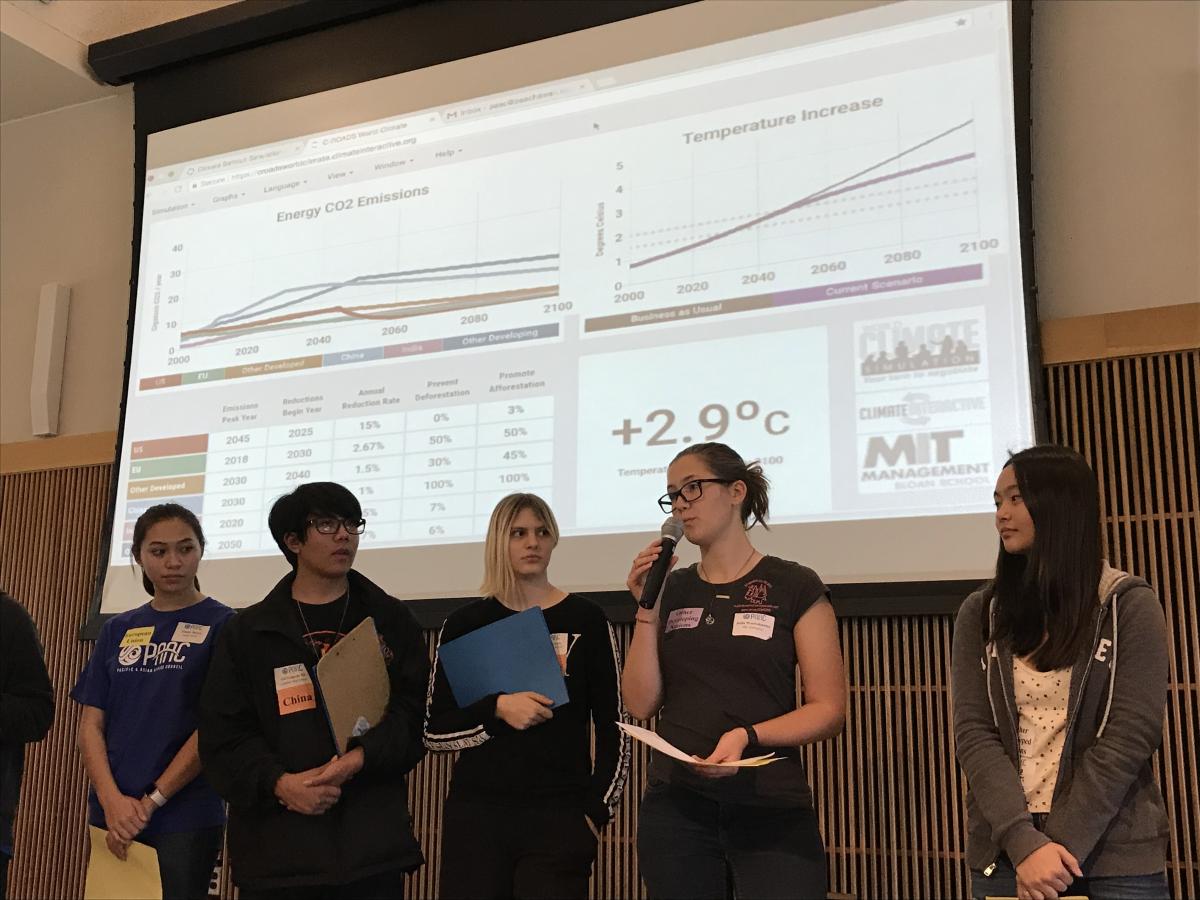 Community experts represented the Australian Consulate in Honolulu, the DKI Asia-Pacific Center for Security Studies, United Nations Development Programme, National Ocean and Atmospheric Administration, and various universities. PAAC Board Member, Ray Tsuchiyama also served as an expert.  See complete list below. Mahalo to all our community professionals for volunteering their time and exposing our students to new career paths, and to the University of Hawai‘i West O‘ahu for use of their venue space. 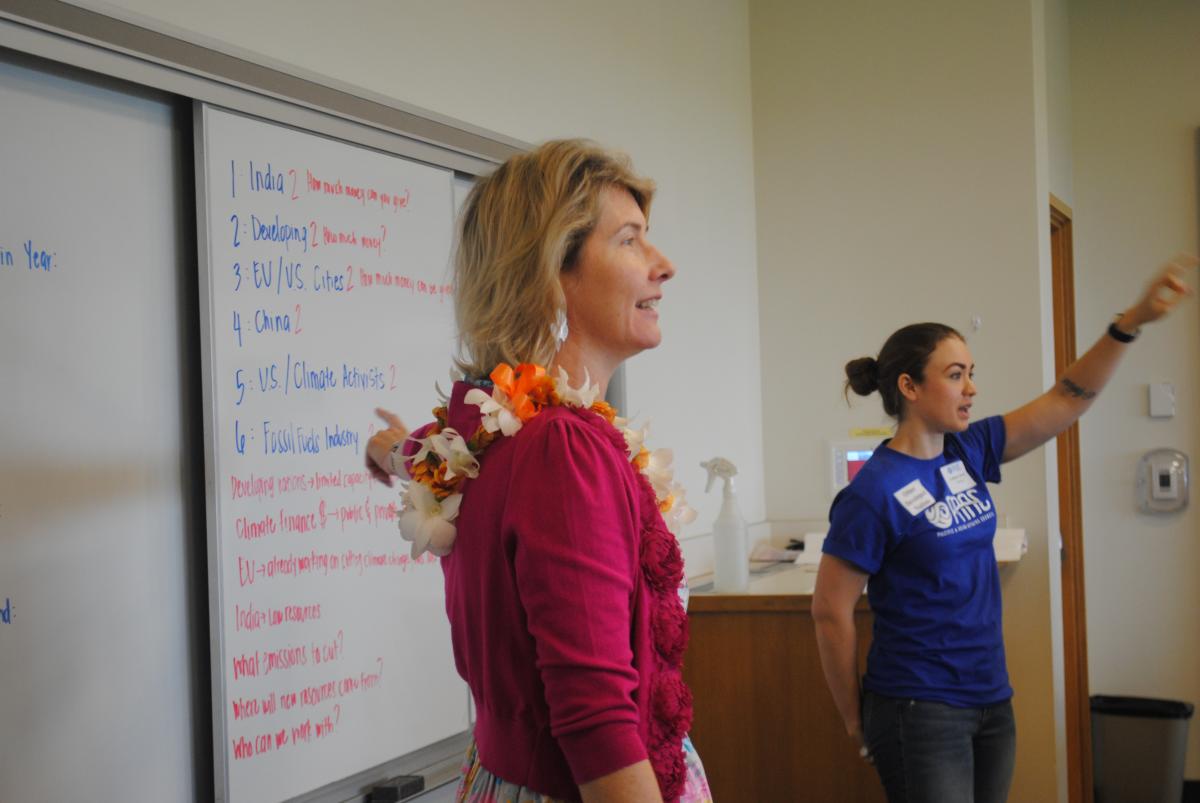 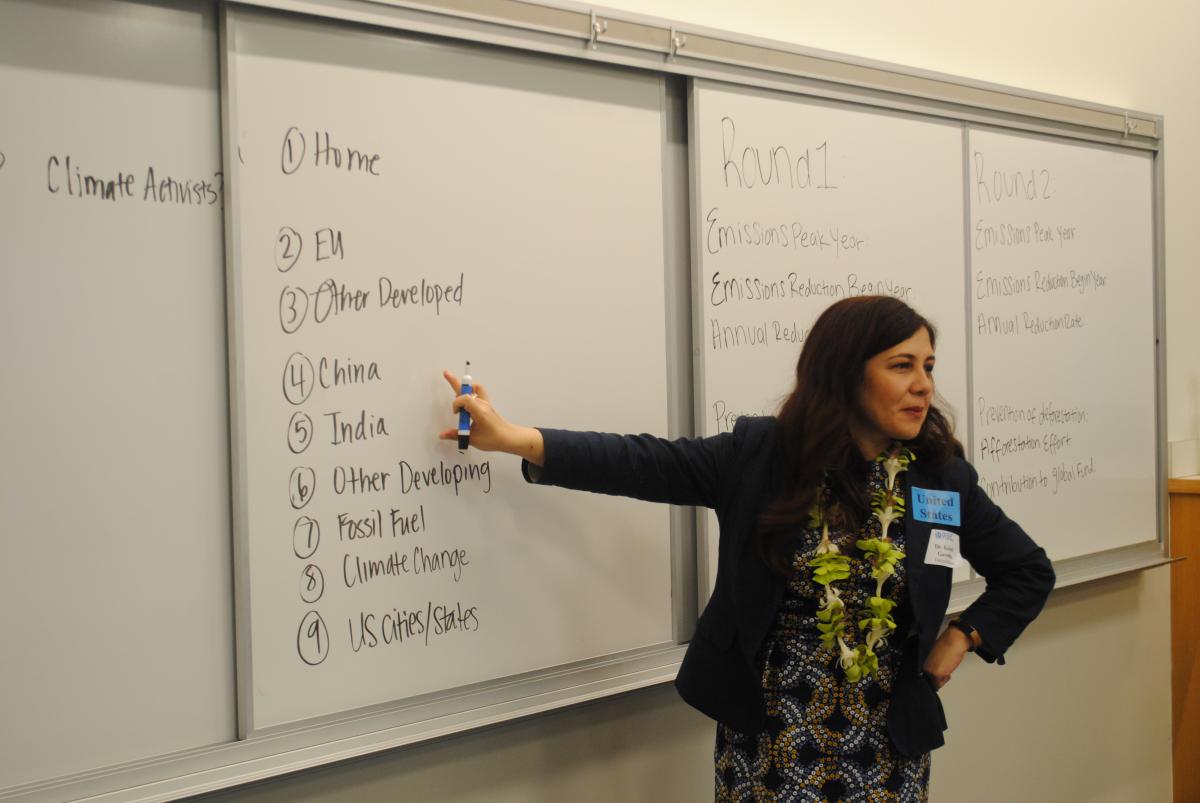 See more pictures from the Summit in our Gallery.

“I learned the extent of the cooperation, hard work, and sacrifice needed in order for climate change to be solved.”

“I learned how ingrained economics is in this issue of climate change.”

"This is a great opportunity to meet others and expand your horizons.”

“Learning more about other countries’ positions on climate change gave me a profound understanding of how the world has gotten to the point of such climate downturn... It taught me the impact each country had on not only one another, but the world itself. Every decision made created an impact on multiple economies, environments, and even the air we breathe."