On November 22nd, over 60 Turkish residents of Honolulu, teachers affiliated with PAAC, and PAAC general membership were treated to a festive luncheon, where culture was shared and celebrated. Everyone enjoyed homemade Turkish dishes provided by the Turkish American Friendship Association of Hawai`i. Three teachers from Nanakuli and Kaimuki High Schools gave a presentation about their two week study tour through Turkey and their resulting curriculum lessons. The program was cosponsored by the Turkish Cultural Foundation in cooperation with the World Affairs Councils of America.

Art as a Vehicle For Cultural Diplomacy 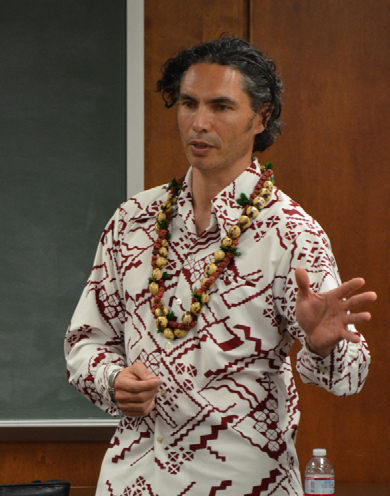 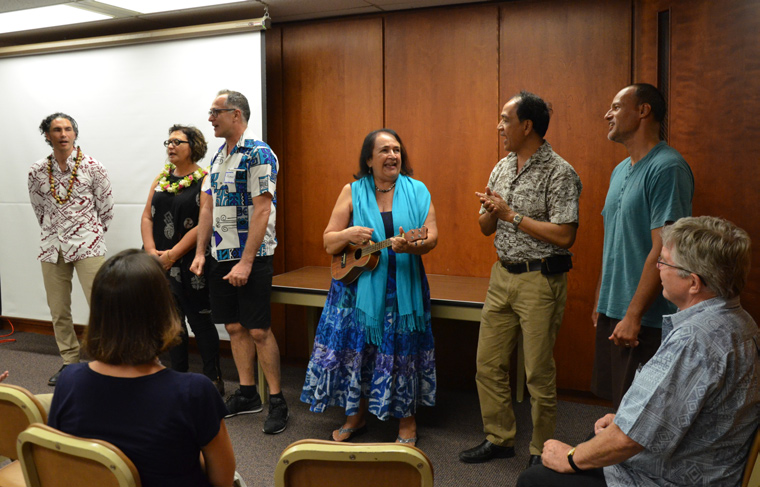 On September 28th, Dr. Brett Graham, one of New Zealand’s most exciting and accomplished sculptors, shared his work and discussed his experience representing Maori culture on international platforms, including the Venice and Sydney Biennial. Dr. Graham talked about his use of M

aori customary carving in his contemporary art pieces and emphasized how he aims to represent historical, political and cultural ideas through his pieces. Dr. Graham was delighted to be back in Hawai`i as he received his Master of Fine Arts degree at the University of Hawai`i through an East-West Center degree scholarship. To conclude his speech, “kiwi” members of the audience performed waiata (songs). The event was cosponsored by the Honolulu Biennial Foundation and the East-West Center.

Students embraced the opportunity to speak with Ambassador Joachim Ruecker, President of the United Nations Human Rights Council, via teleconference from Switzerland. Students were eager to ask questions about the UN Human Rights Council to a diplomat who has been heralded as a champion for human rights. Ruecker was also happy to meet with students from Kalani High School, where he had attended as an exchange student duringhis senior year. After the talk, Joshua Cooper, directorof the Hawai’i Institute for Human Rights, led a workshop exploring the Universal Periodic Review of the United States. This event was cosponsored by the United Nations Association of Hawai`i and the Hawai`i Institute for Human Rights.

Chinese Investment in the U.S.

The 9th Annual China Town Hall was held on October 5th, at Foreign Trade Zone 9. The event began with a live webcast panel featuring Robert Rubin, Former Secretary of the Treasury; Mayor Sheldon Day of Thomasville, Alabama; and Daniel Rosen, Founding Partner of Rhodium Group. The panelists discussed Chinese investment in the U.S. based on a new report analyzing investment impacts by congressional districts. Following the national webcast, Dr. Christopher McNally, Professor of Political Economy at Chaminade University and Adjunct Senior Fellow at the East-West Center, opened discussion with the audience on China’s capitalist transition and foreseeable impacts on Hawai`i. This event was cosponsored by the National Committee on U.S. – China Relations, Hawai`i Foreign Trade Zone, the East-West Center and Chaminade University.