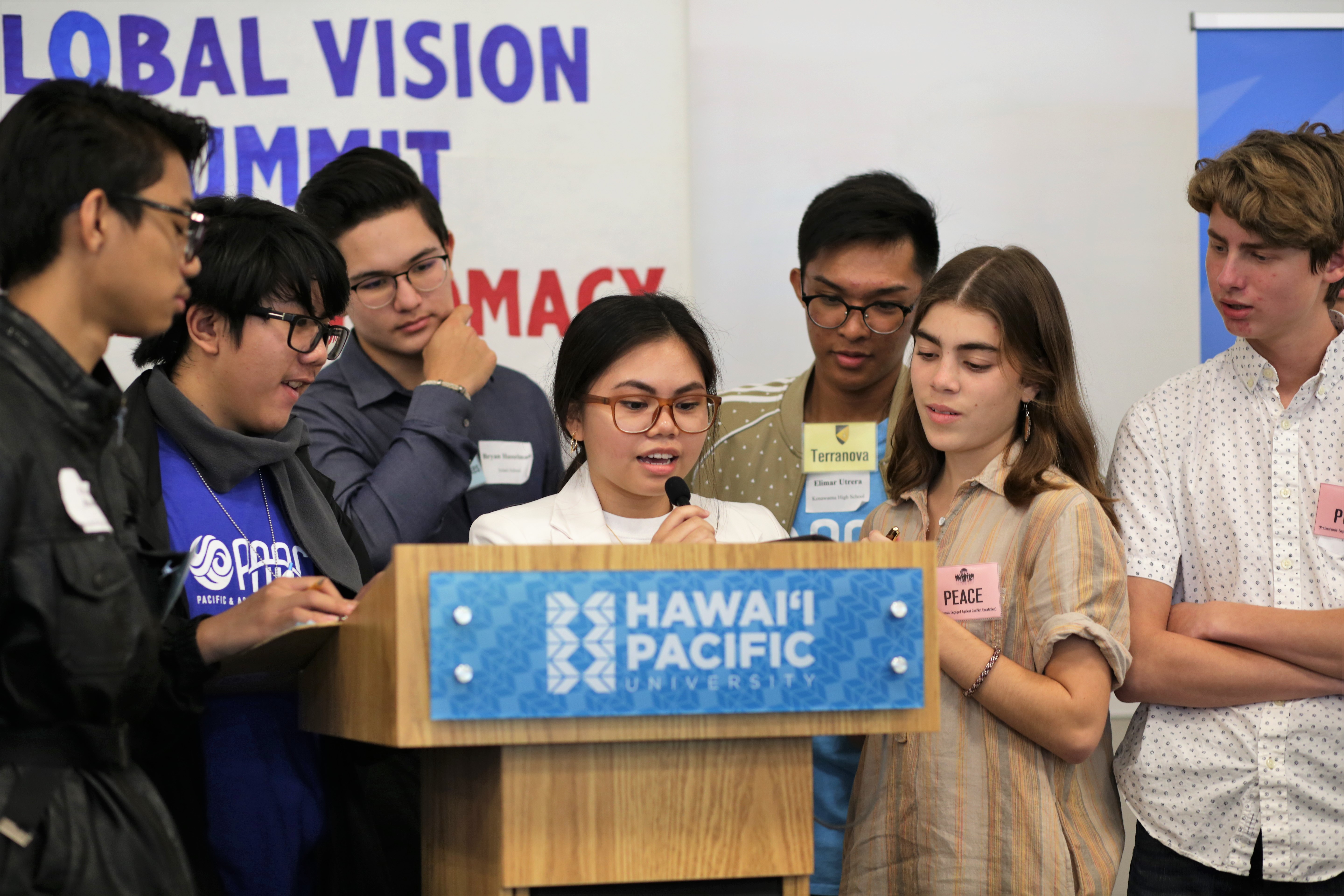 151 high school students stepped into the shoes of world leaders as they learned about nuclear proliferation at PAAC’s Spring Global Vision Summit. As part of an interactive simulation, students were tasked with negotiating agreements in response to a diplomatic crisis relating to nuclear weapons. Although the crisis scenario itself was fictional, the strategies and concepts students utilized during the activity mirrored that of real life. Community experts from the East-West Center, the Daniel K. Inouye Asia-Pacific Center for Security Studies, and U.S. Special Operations Command-Pacific guided students through the negotiation process and helped them draw parallels between the simulation and the real world.

Interactive and engaging learning opportunities like these characterize PAAC’s High School Global Education Program. There were no predetermined outcomes; students were required to take the lead, develop a negotiation strategy, and work with each other to further their group’s interests. As a result, students not only learned about an important global issue, they also practiced crucial 21st century skills such as critical thinking, problem solving, communication, teamwork, and public speaking. “The most important thing that I learned,” one student wrote, “was how to work alongside a group in order to come up with our own goals.”

The summit concluded with several breakout sessions on North Korea, counter-terrorism, Russia and the use of media to influence nuclear diplomacy, and the role of civil society in international affairs. Mahalo to all our experts who generously volunteered their time with our students.