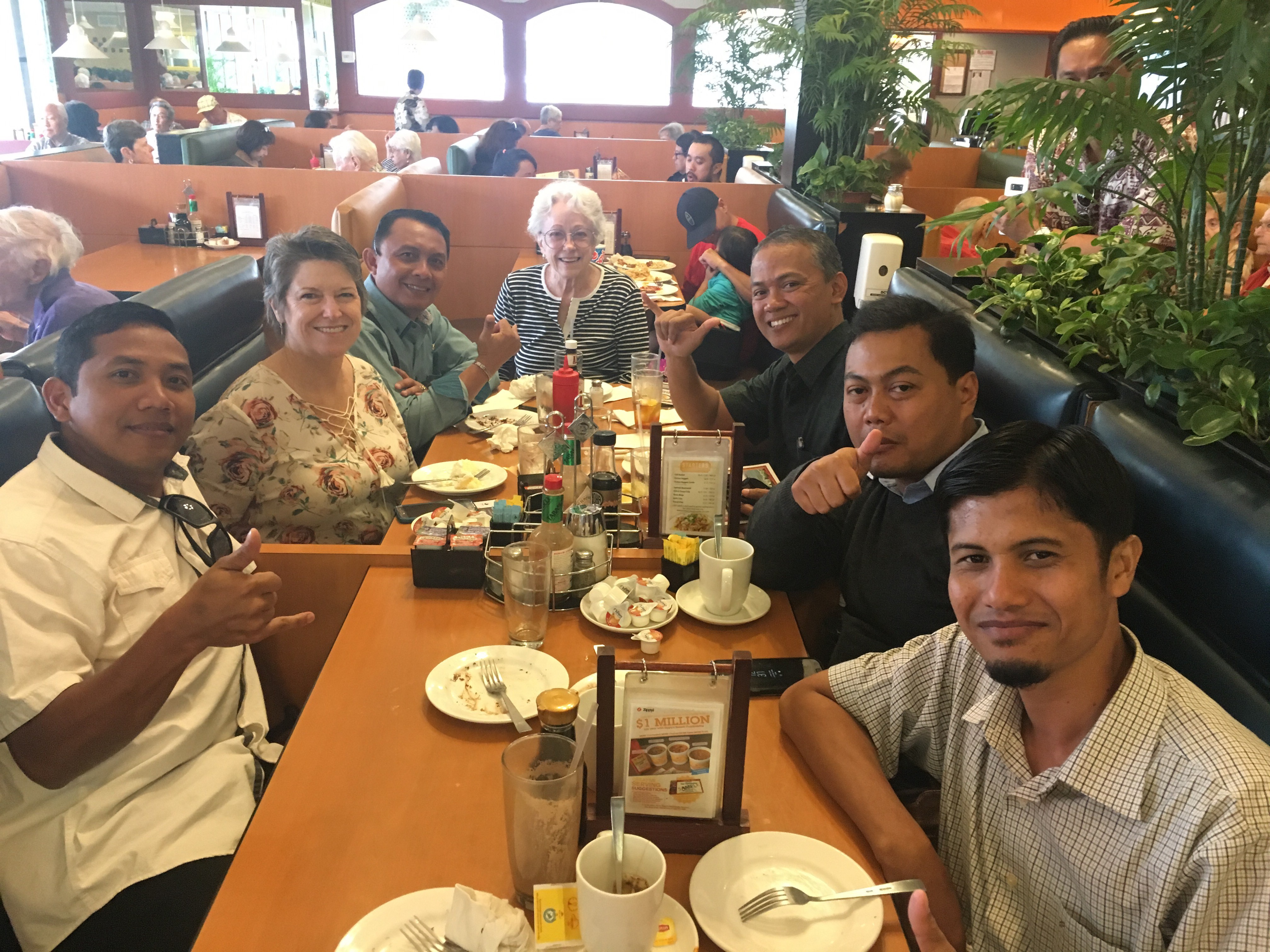 PAAC hosts anywhere from 70-120 emerging professionals from 20-30 countries every year through the International Visitor Leadership Program and, for many, it is their first time in the islands. From the moment they touch ground in Washington D.C. to begin their IVLP program, visitors’ schedules are often demanding, filled with professional meetings, excursions, and travel in 3-4 major U.S. cities. While it can be difficult to schedule downtime with locals, it is exactly these casual exchanges that impact visitors the most.

In April, PAAC member Susan Stahl and Carol Dickson hosted an Indonesian IVLP delegation for lunch at a local favorite, Zippy’s Restaurant (pictured above), sampling their famous chili and Napoleon’s Bakery pie. The delegation was comprised of regional police officers and disaster response personnel. While at Zippy’s they happened to run into Honolulu Police Department officers. Despite the language barrier, the visitors, Ms. Stahl, and the HPD officers made a personal and valuable connection that day.

In May, IVLP liaison and former PAAC consultant, Teri Bernales, hosted an ASEAN delegation at her home. The delegation was comprised of government, nonprofit, journalism, and private sector professionals. Wrapping up an ambitious schedule that took them from Washington D.C. to New York City, Dallas, Seattle, and finally Honolulu, the delegation celebrated over ono food prepared by Mr. and Mrs. Bernales, music and song, and lively conversation.

Amidst the flurry of headlines scrutinizing high-level peace summit talks and trade deals, it is easy to dismiss the diplomacy-building potential of basic human exchange. Home hospitality meetings accomplish this and more, bridging peoples of diverse backgrounds one handshake at a time.

Want to Host an International Delegation for a Meal?
Please contact Erin Hoshibata at iv@paachawaii.org or (808) 944-7783.

In 2018, PAAC has hosted 50 leaders from 11 countries. Mahalo to all the community resources that participated in citizen diplomacy and exchange.